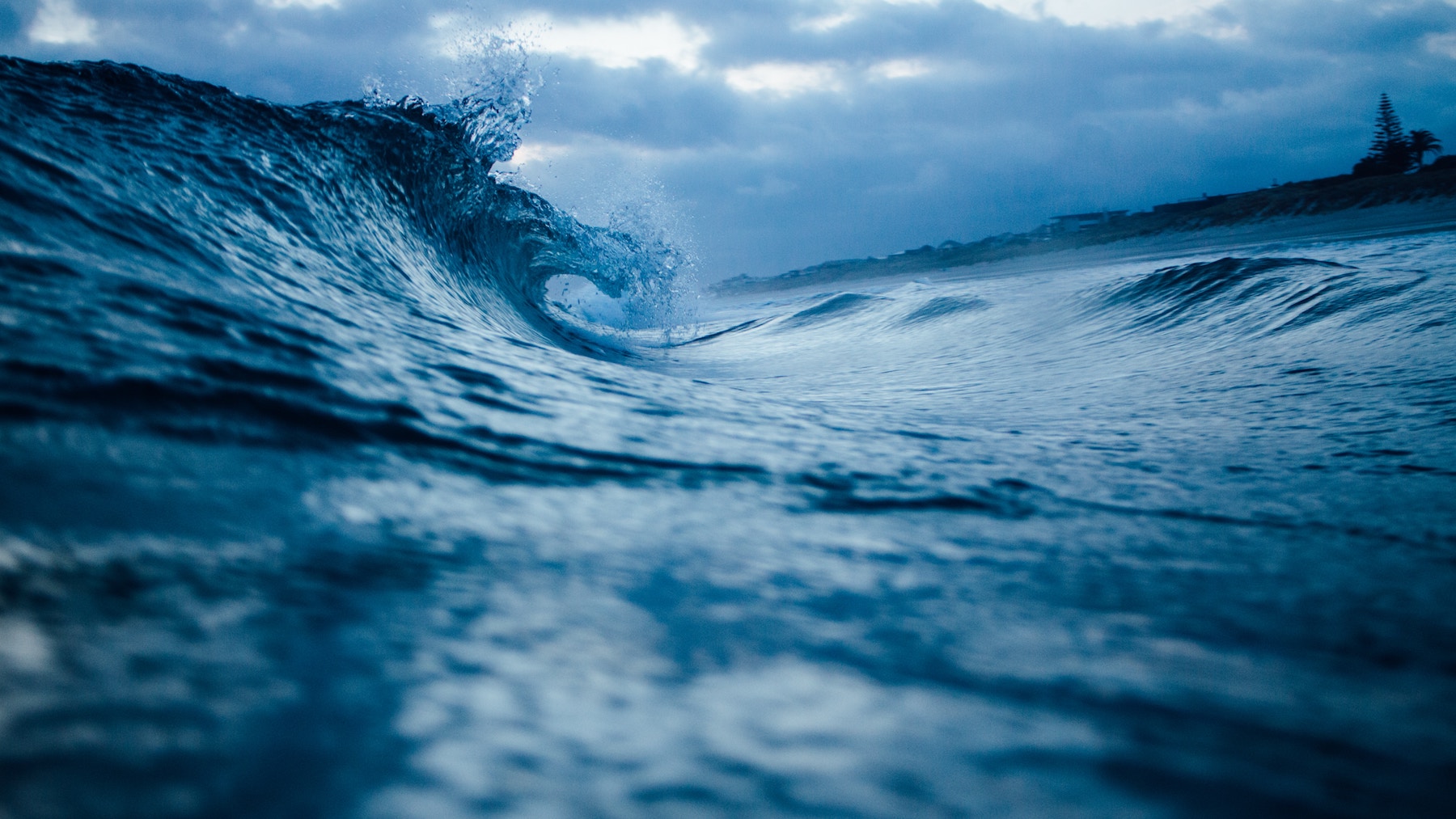 It seems, if you’re following finance and technology news, that Bitcoin is a bubble (again) it has crashed (again) and is left for dead (again).

Go ahead and open Google News and do a search for “Bitcoin crash” and filter for articles published in the past month.

These attention-grabbing headlines are probably not going to go away, so in this article I’ll try to give some context about why they happen, why they are (mostly) exaggerated and misleading, and what to do about it.

One: we’ve seen this movie before

I bought my first few scraps of Bitcoin back in 2013. The fledgeling industry was certainly a different game then than what it is today, but even then as much as now, people were confused by what Bitcoin is, what it’s going to become and rushed to (incorrect) conclusions and called it a crash, a failed project or simply dead.

After explaining it to many in my network, there were enough people, already then, asking me “So, hasn’t Bitcoin crashed yet?”. So much so that I decided to register this domain as a cheeky reply: www.sohasbitcoincrashedyet.com.

Take just ten seconds of your time to take a step back. Zoom out and look at the Bitcoin price since 2013. To me, it seems to be anything but dead.

This, however, isn’t my main point about Bitcoin’s latest price, but it’s the main point when people pronounce it dead, based purely on the exchange rate.

Bitcoin is a technology; it’s a protocol. Three things are worth noting: it’s a store of value –due to limited supply, international acceptance– and it’s a means of payment –a way to transfer value between two entities, anywhere in the world– and it’s decentralised –no individual, company or government controls it.

There are a lot of valid comparisons with the early days of the Internet. There is an exciting, new and global technology that holds potential. It’s growing, it’s a little confusing (for individuals, industry leaders and governments alike) and we don’t really know what the long-term impact is going to be.

If, back in the 90’s, we could somehow directly invest in the technology of the Internet (not the companies built on this technology which fueled the infamous tech stock bubble), I imagine there would have been price swings due to the reactions and overreactions of the market at large. This wouldn’t have diminished the long-term value and potential of what the Internet will offer us. The dot-com crash of the 90’s doesn’t make the Internet less useful today.

On the Bitcoin price

The short and somewhat annoying response is simply “supply and demand”.

The longer response is this:

An exciting new technology, called blockchain, has been developed. It allows for the storage and transfer of ownership of assets or items of value –any asset, really–  without the need for a central party. The first asset on this technology is called Bitcoin. People start seeing the long-term value and potential of the asset and underlying technology: it could (and has) become a way to transfer money, faster and cheaper, around the world; it could (and has) become a hedge against inflation and currency devaluation. There is demand for this asset and there is (a limited) supply thereof. People who want the asset, simply buy it with their local currency from people who already have the asset. This is how the price of your house, stocks, foreign exchange, gold, oil, and Bitcoin are all determined. Bitcoin is traded, all over the world. This dance between buyers and sellers, supply and demand, determines the exchange rate. Nothing else.

You can see the Bitcoin price on Luno or for other platforms/currencies.

On the Bitcoin price swings

Many people are buying Bitcoin for a simple (and predictable but flawed) reason: greed. This is not unique to Bitcoin; it exists in all markets. The price of something goes up, so I must buy it now, I don’t care what it is or how the industry works, I just want to get filthy rich.

No opinion piece on investments is complete these days without some Warren Buffett quotes. So, here you go:

“Never invest in [a business] you cannot understand”

“Risk comes from not knowing what you’re doing.”

If you don’t understand Bitcoin, don’t fool yourself: you’re buying it for the wrong reasons.

Data shows that people buy more Bitcoin when the price is moving up. The price has moved up a lot in the past few months and there are a lot of people who bought Bitcoin, not based on the long-term potential, but rather on mere speculation, hoping it will just go up forever. It won’t.

Whenever there is negative news about Bitcoin – such as the statements over the past week coming from China – the price starts to drop. This creates a chain reaction as people start selling as they see the value of their digital currency go down and down, not knowing how much further it will fall. Eventually, it settles and recovers (just zoom out a little after every crash), but the experience leaves many people shaken.

Three: what was the recent news then?

On China, ICOs and Bitcoin exchanges 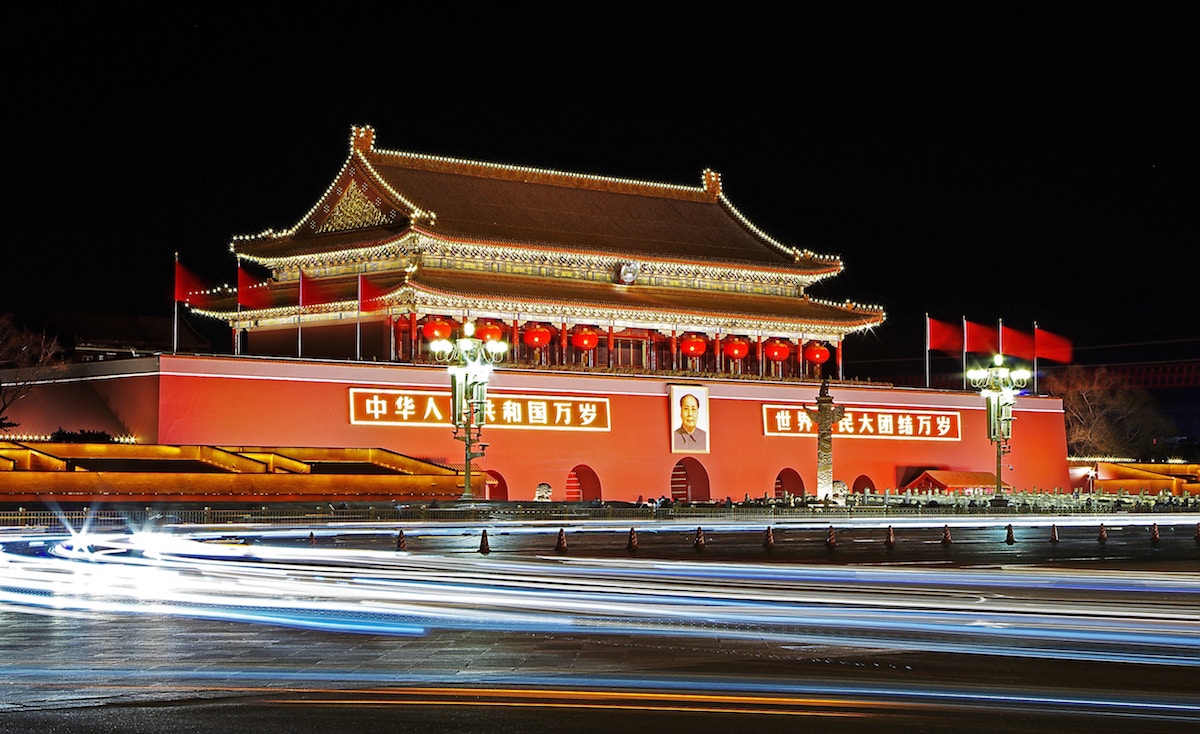 Initial coin offerings (or ICOs) are a way for people or companies to raise money. Raising money for your company or product is a draining, rigorous (and regulated) process and ICOs bypass a lot those steps.

A company usually writes a whitepaper: a statement of what the venture wants to achieve, how they’ll achieve those goals and how much money is needed to fund it. They will also typically issue a new digital currency: a token or a coin. During the ICO fundraising period, investors (from all over the world) can invest in the venture using digital currency (often Bitcoin and Ether). If the venture does well, the new token should appreciate in value and give the investors a return. Just imagine if Facebook, Whatsapp or Uber issued tokens to early users…

ICOs (and many of the companies raising funds this way) hold a lot of promise and may bring valuable innovation and disruption to the industry. That said, these whitepapers (and companies) are unaudited, making it easy for scammers or inept businesspeople to just slap together a website and whitepaper and get a lot of funding for what may or may not work out. Most ventures fail, just because someone is raising a lot of money in an interesting and new way doesn’t mean success or your return on investment are guaranteed.

Some regulators, those in the US, the UK, Singapore and Hong Kong, have already issued statements and warnings to investors, warning them to be careful where they invest their money.

China’s central bank took this one step further and banned all ICOs.

In China, tokens aren’t allowed to be used or traded on the market anymore, banks can’t offer any services to companies related to ICOs, and ventures behind completed ICOs must issue refunds to their investors.

The price of both Bitcoin and Ether tumbled in the wake of the news. But it didn’t stop there.

A few days later, credible news sources said that a ban on some (or all) Bitcoin exchanges in China was coming. Although to date no written statement was issued, it is clear that the Chinese government got a verbal message through to some local exchanges, loud and clear.

Shortly thereafter, BTCC, the largest Chinese exchange, issued a statement that they will stop all Bitcoin trading at the end of the month:

1/ BTCChina will completely shut down its exchange businesses on September 30th.

The market panicked even more.

We’ve seen this before, too

China has, at various times in the past, made statements about Bitcoin, which panicked the market. Notably so in January this year when they suspended Bitcoin withdrawals from those exchanges and the price took a nosedive. Only to recover again, higher.

See the data, below on past Chinese regulatory statements and the price (over)reaction.

Will that be the end of it? Chinese regulations and bitcoin price. pic.twitter.com/aH2kKOptVt

China, at the time of BTCC’s announcement, was responsible for around 15% of global Bitcoin trade. So, it should have had some impact on the price, but the reaction, as every time before, was probably an overreaction. Countries like the US, South Korea and Japan —where Bitcoin is regulated— facilitates the vast majority of trading.

Russia tried to ban Bitcoin in 2014 and soon realised that you can’t really ban distributed, decentralised technologies. By shuttering an exchange, you’re just decentralising things even more. It’s inefficient, but nothing prevents individuals from buying and selling Bitcoin from one another. And the data shows as much: trading on LocalBitcoins (where you buy and sell from other individuals) has skyrocketed in China since the rumours of the ban.

Russia eventually came to their senses and recently their Finance Minister, Anton Siluanov, said the following about digital currencies:

There is no sense in banning them, there is a need to regulate them

So, in China, the government will either:

One last fun thing to do: have a look at some of the top websites blocked by China (and the stock value of those companies and their Chinese clones).  Fred Wilson (of Union Square Ventures, who had some good insight on the ICO ban) allegedly said:

This section is a bit of a waste of time, but it has been getting a lot of press time, so I’ll give a summary.

In short: the CEO of America’s largest bank, JPMorgan Chase, called Bitcoin a “fraud” saying that “eventually it will blow up”. The days after his statement – in the wake of the far-more-relevant Chinese news, above – the Bitcoin price went down and people started attributing it to him.

Here are a few notes on the silliness of this episode:

FOUR: What you should (and shouldn’t) do next

If you’re interested in Bitcoin – as a spectator, an investor, a techie, a journalist or a naysayer – here are some simple tips to stay sane:

Yes, there are a lot of things wrong in the industry today and I’m not trying to detract from those things. They need fixing, but that’s for another article. The encouraging thing is that technologies evolve and improve and some of the smartest minds around the world are working on fixing them.

Learn how the noise is generated and then start to ignore it. We’ve only just begun.