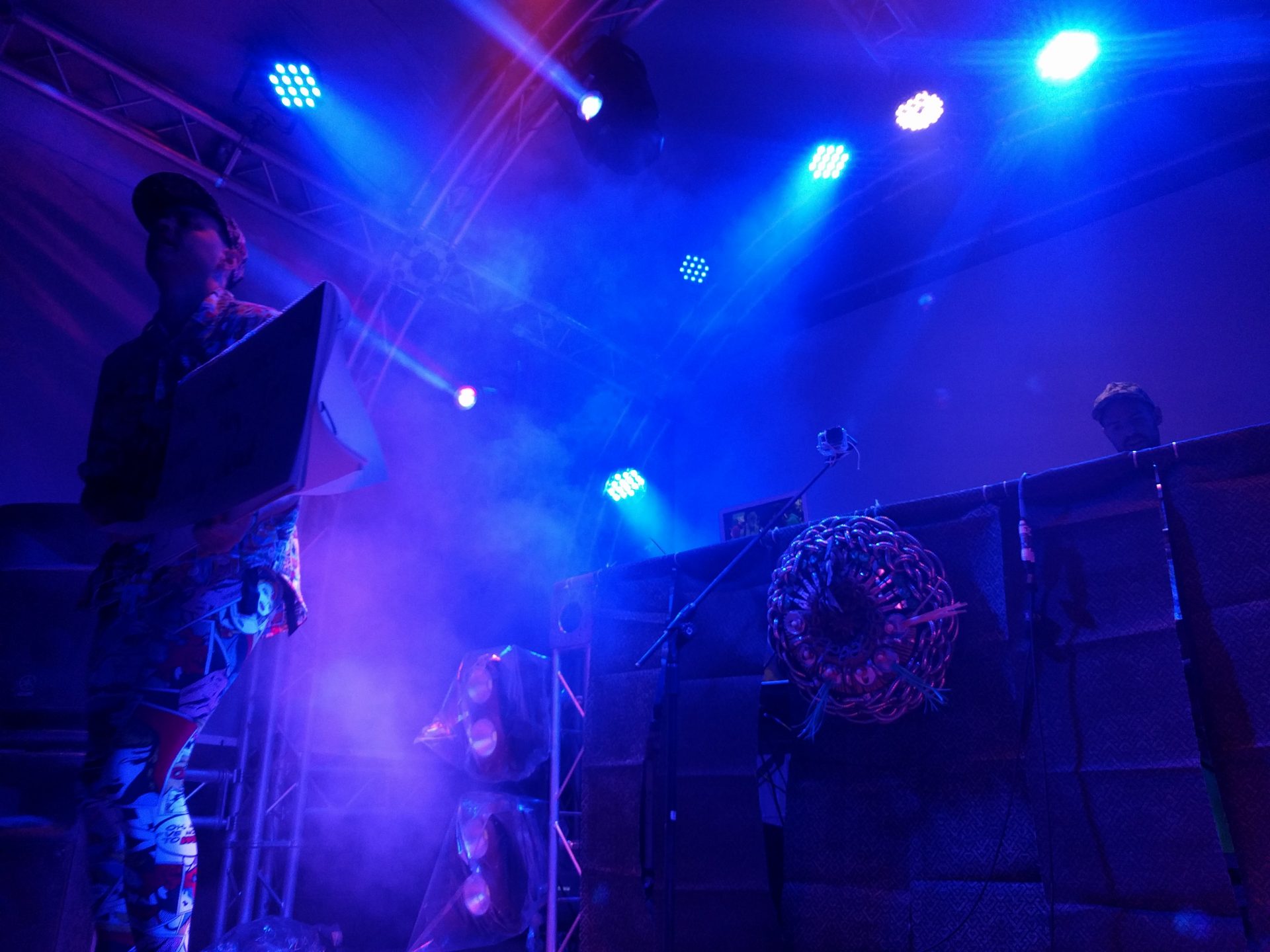 I’ve been hesitant to write about this fun episode, mostly because of my immense respect for Taiwan and the original Spring Scream festival organisers. I do not want to sour any relationships or future opportunities. That said, it was an immensely successful (and funny) marketing exercise and I’ve been asked about it by many friends, so here goes.

I spent some of my early adult years in Taiwan. I bought a one-way ticket to Taipei, armed with a ratty backpack, a $2,000 interest-free loan from the Bank of Dad and a starry-eyed desire to find some adventure. It did not disappoint.

Within days my new life started taking shape. I fell in love with the country, the friendly people, the food, the language and the culture. I bought an offensively orange scooter, Clementine, and went on endless journeys around the island. I wasn’t just a visitor, I was really welcomed by so many to my new home.

Fast forward ten years later, and my friend (who lived in Taiwan at the same time) and I were planning our Ten Year Taiwaniversary.

Browsing around, I noticed that the (once) legendary Spring Scream Festival (春天吶喊) would be taking place at the same time.

The website said something to the effect of: “Stay tuned! The lineup will be announced soon.”, with a small grey link at the bottom of the page for “Artist registration”.

I curiously hovered my mouse for half a second, clicked, looked at the registration form for a few seconds more, and called my friend. The conversation went something like this:

“Hey, would you be interested in performing with me if I got us into Spring Scream?
“Erm, sure, what should I do?”
“Don’t worry about it, you just need to help me crossfade a song or two and dance on stage the rest of the time.”
“Won’t you need to show that we’re actually established musicians or artists to perform?”
“But we are. Trust me and just remember. It’s not a lie if you believe it.”
“I’m in”

Since we were somewhat skinny on time (and talent) I needed to spend my time on creating a new artist persona, not on writing new music. I also wasn’t going to lug around instruments, so it had to be a DJ set – and not the kind where you lug around a bunch of vinyls – just an aux cable plugged into a Macbook.

I’ve long been a huge fan of cover bands (and off-key karaoke, where it’s all about your passion and none about your skill). People love singing along to songs they like, right? But to be, say, a successful Queen or Led Zeppelin cover band, you need to have a full band, lots of instruments (and, again, lots and lots of talent). But what about an artist that only covers another artist using only a Macbook? 🤔

Why exactly are there so few electronic and dance act cover bands? I’m pretty sure the answer is “lawsuits”, but after scribbling down a few names on a piece of paper I just knew what our DJ performance should be. After a quick, nervous chat with my lawyer friend who gave us guidance to avoid things like impersonation, DJ and venue rights when it’s not for remuneration, we were ready to start.

First off, I registered the domain djlcddjsoundsystem.com for $12 and created a simple website with stock photos and write-ups of why electronic cover music matters. It may or may not include an excerpt from a fictional magazine on DJ LCD’S and DJ Soundsystem’s fictional performance at a fictional space:

“Cape Town, are you ready to dance?!” comes the voice across the dancefloor. A crowd of alcohol-fueled partygoers roars back.

In near darkness, the familiar beats of Dance Yrself Clean start bouncing from the stage. The defining song of the rock-dance movement explodes and everyone seems to get sucked up in the moment.

For the next hour and a half, they pump out hit after hit. Some in the crowd clearly haven’t heard of LCD Soundsystem. Those who have, seem to respond to the set as if it were the real thing. If you weren’t a fan before, you would be one afterward.

Tribute acts have existed for decades, going back to the Elvis impersonators in the 1950s.The Rolling Stones started out as a cover act, so did Two Door Cinema Club (albeit as an inside joke). What at one time was a mere novelty has turned into an integral part of the concert industry.

We sent off our registration information from our official-looking bookings@djlcddjsoundsystem.com email with links to our website, a writeup of our style of music and why we want to perform at Spring Scream.

A few weeks later an email arrived saying we were on the short list, they just needed some more information for our application to be considered.

We were asked for some images of the artists and, curiously enough, not proof of audio or video of our performances, but rather images/photos and links to places we might have performed.

Another Saturday later and we had another (now defunct) website up. This time for the fictional festival (Sonic Tempo) at a fictional wine estate (Boggy Brooks) in South Africa.

While I was at it, I decided to fire up Photoshop and create a large promotional poster for the event, coming up with some real and fictional band names like F*ck The Suburbs, Ash, Smack Attack, Hotasha and Rubix Qube, mostly names I made up with friends. I had it professionally printed, mounted on a street pole and took a photo to be included in our application. Here’s the final product:

All images, links, writeups and forms were professionally filled out, compressed and sent off to the organisers. Three weeks later, we got our reply.

The next few weeks we listened to and mixed a lot of LCD Soundsystem to come up with the perfect setlist. We had a 50-minute slot (and to put the icing on the cake, we explained that for scheduling reasons we could only perform on the final night after 7pm, so we got an incredible time slot on the DJ stage; avoiding the risk of playing the 11am slot on the opening day of the festival before any has arrived).

The formula would be simple: get people to dance immediately, mellow the set out somewhere after the half-way mark and come back with strong singalong dance tunes. All tracks were licensed by the organisers to be played in Taiwan and we were good to go.

Too many artists focus too much on their image and not enough about the audience. You’re an entertainer, people want to be entertained and have a good time, so think of things of getting them to smile. Our planning list included:

We enlisted the help of our Taiwanese friend to represent us as our local talent manager (mostly to help organise logistics around our transport and accommodation – thanks Z) and another friend from the US flew in and was our official groupie (thanks, N).

A few weeks later, the night finally arrived. We took to the stage and what followed was one of my favourite parties.

We had an incredible time, met some really great people and, well, got people to dance. The last final piece of luck was when we found out that we were mentioned in the China Post newspaper’s writeup of the festival (roughly translated it said that “the South Africans managed to get people to dance and shake their limbs wildly“). 😂

Finally then, if you want to listen to the whole set, here it is, below. Thanks for reading and hope to see you on the dance floor!