I’m fascinated by algorithms and how they’ve come to dominate our lives (and if you don’t think the subject can ever be labelled as fascinating, go ahead and read Automate This by Christopher Steiner and talk to me again). I’m also a huge fan of music (of various genres) and have been getting great track and artist recommendations by the Pandora engine for the past half-dozen years. 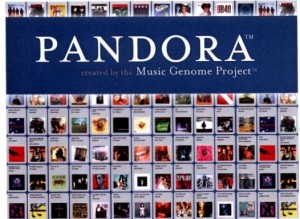 The idea is simple. They employ engineers and musicians to contribute to their Music Genome Project where they analyse music to find distinguishable traits in songs and match it to others (and the likeliness of someone liking both tracks). Say a song has a downtempo beat of 100 beats per minute, with a female voice, electro-pop sound, drum machine, simple guitar loops a la Phantogram, it will then match it with and recommend other songs and artists to you that somewhat fit the criteria of the first (such as The XX). As much as we like to think that we are individual snowflakes, the cold truth is that we share our likes (and equally important, our dislikes) with thousands if not hundreds of thousands of others. One nice thing about Pandora is that you can vote up or down the songs, should any ones creep in which don’t particularly strike your fancy. If person A likes songs X, Y and Z and person B likes songs X and Y, that the latter has a high probability of liking song Z too (and if person B likes song W, it will probably be played to person A at some stage).

OK, so it’s great mathematical solution to the rather first-world problem of running out of music, but unfortunately is it is only available in the United States, New Zealand and Australia. I discovered it back in 2006 (I was living in Taiwan at the time) and used it for a couple of months until it got pulled due to licensing constraints. I started using it again a few years later when I lived in the US and again during my time in China (where you need a VPN to function outside the confines of the Great Firewall). So my solution here in South Africa (until very recently) was to use just that – my VPN, which I never unsubscribed to –  for Pandora and other services that require a US IP address. The problem is that it is quite cumbersome: you need to log in to the service (takes about a minute) and it slows your internet down quite drastically (to the point of where streaming videos, even on a 4mb line isn’t really worth it).

It’s a plugin (available for most browsers) that automatically detects if you’re on a page that requires a US IP address and then “tricks” the page in showing it a US proxy address. I’m saying “trick”, because I just can’t figure out how it can be this fast to use the plugin that works with a redirect. I’m getting better streaming load times than without using it and according to their site:

The Internet is slowed down by server response times, Internet congestion, round trip times, and poorly written communication stacks in operating systems. Hola removes these bottlenecks by securely caching content on peers as they view it, and later serving it up to other nearby peers as they need it. Hola also compresses communication between peers to further speed the net. As more people install and use Hola, the faster and less congested it will be!

Once the plugin is installed, there’s nothing that you need to do like logging in to proxy servers of VPNs, it will automatically detect where it’s needed, without slowing anything else down. 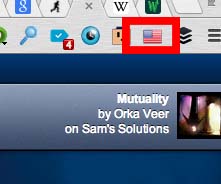 A much more brain-dead online application – streaming television with Hulu – can also be used to catch up on the latest bad American TV shows (and the superb Daily Show).

Both Hulu and Pandora are ad-supported in their free iterations. The ads will probably not be relevant to your region (am I the only one annoyed at just how bad Geiko ads are?). I should also add that this article is for information purposes only and that streaming music and television (intended only for a certain geographic area) falls in a legal grey area that might or might not be against the law in your area. As television networks (encouraged by streaming companies like Pandora, Hulu and Netflix) rewrite their archaic media distribution models they currently rely on, there might be easier (and more black-and-white with regards to the law, royalties and advertising) ways of streaming content. But in the meanwhile, there’s the superb Hola Unblocker.

Got another solution that works better? Know why Hola Unblocker is so fast? Please let me know below!